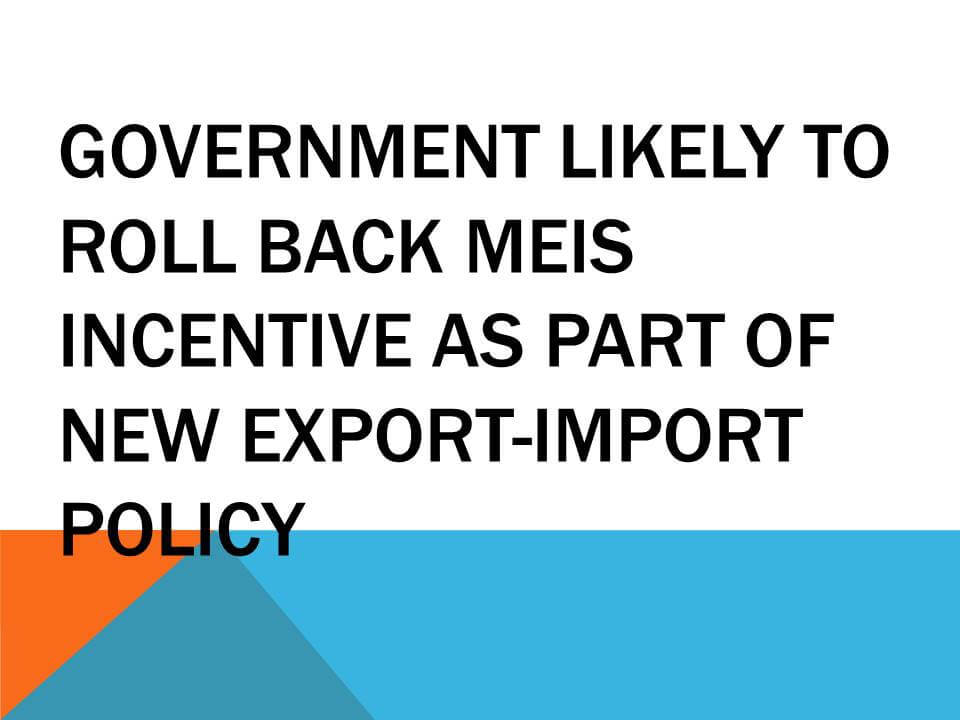 The Commerce Ministry is considering a recast of export incentives. Ministry is expecting to roll back the Merchandise Exports from India Scheme (MEIS). Apparel exporters are very concerned about it. it could be a part of a new export-import policy. The current policy is also expiring in 2020. This change will kill the industry and, lead to a major disaster. Because this industry operates at a very low margin. Roll back MEIS incentive in new export-import will turn the margin negative.

Generally,  garments exporters get four per cent incentive by our government under MEIS. Our Industry insiders said the move will kill the second largest employment generator.

MEIS has helped exporters take on competition from Bangladesh and Vietnam as it provides duty credit to address infrastructure issues. Under World Trade Organisation (WTO) rules, a country can’t offer export subsidies if its per capita Gross National Income (GNI) remains above $1,000 for three years in a row. In 2017, the WTO notified that India’s GNI had crossed $1,000 in 2014, 2015 and 2016.

After the US challenged India’s eligibility to extend export subsidies at the WTO, the government has been reportedly working on recasting its entire export incentive policy. Industry sources said they fear that the government is planning to withdraw MEIS from August 1, 2019 itself.

MEIS has been a lifeline for the industry and its withdrawal would impact the industry very badly. Moreover, This changes end up claiming thousands of jobs in medium and small enterprises.

Actually, Garments being exported to European Union (EU) from Bangladesh do not attract any duty.  On the other hand, our Indian exporters face a levy of around 7 per cent. These countries also enjoy lower power, labour and interest costs as their governments see the sector as critical for employment generation.

After all, These factors contribute to the 15 per cent price difference between Indian products and those made in Bangladesh or Vietnam products.